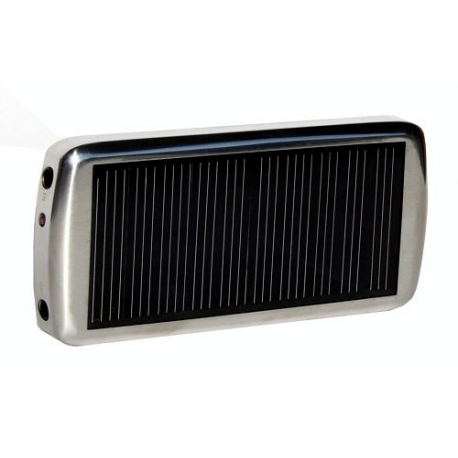 Multiply the life of the battery of your mobile with the solar charger market leader. Ideal for your iPhone,Galaxy,Blackberry,HTC,Sony...

The "big brother" of the iSun pocket has an innovative design and, thanks to its high capacity (includes a 2.200 mAh battery), can recharge up two mobile devices, making it an indispensable accessory. Even so, its size is smaller than most mobile phones and, of course, easier for travel than any of their own AC chargers.
Anytime, anywhere...

Making solar energy, free and "green", respecting the environment, the iSun power, with its high capacity, quality and versatility, is the best accessory for your mobile devices and the best company for your trips, excursions and weekend.
Adapters

The new 2012 model of iSun power with the new 7 connectors,  probably becomes the most  universal charger.

The seven cables included with the product are:

Additionally iSun power incorporates a USB cable that allows the battery can be recharged incorporating using a computer.
Do not miss the opportunity

The iSun power is green, mobile, convenient, versatile and has a very high quality and a design first.